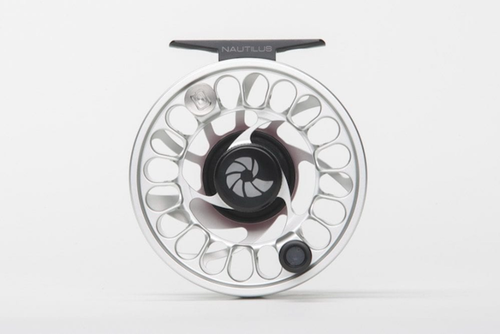 Nothing compares. Drag, design and performance make the NV-G the ultimate fly reel.

The NV-G series are built on the tried, tested and trusted NV 5/6 through NV Monster frames, and they feature the patented and award-winning NV CCF Disc Braking System.

The Nautilus NV Spey reels have been designed to maximize the effectiveness of thin running lines, and we feature the popular Giga arbor design for lightning fast line pick up and minimal line memory – critical components of distance casting.

These spools have been named to reflect the recommended range of grain weights for line heads, starting at the lowest recommended to the biggest line that will comfortably fit with at least 150 yards of 30 lb. backing.